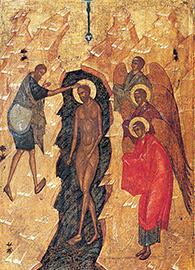 “If Jesus showed up today, would you recognize him?” It is certainly a fascinating question. Yet Jesus’ second coming will look very different from his first. So perhaps the more appropriate question is, “If you were living in first-century Palestine, would you have recognized Jesus as the Messiah?” By now you’re probably wondering, what does a messiah look like? Tall, dark, and handsome? Scripture tells us little about the physical appearance of the Messiah. Instead Scripture describes his character, actions, and accomplishments.

We will more specifically address messianic expectations at the time of Jesus in the weeks to follow. This week I want us to consider how the Messiah is presented and perceived within the book of Isaiah. There will be a challenge to, and transformation of, messianic expectations within the book itself. In order to understand what Isaiah has to say about the Messiah, we must understand how the various prophecies of Isaiah cohere. For our purposes today we will seek to understand how Chapters 40–48 address the messianic question.

Isaiah 40 provides a different narrative context from Chapters 1–39. In order to explain this shift, let me provide the following historical overview so that you can get a sense of the scriptural story (all dates are B.C.E.):

701. Assyrian crisis and the deliverance of Jerusalem (Isaiah 36–37). Sennacherib campaigns against Jerusalem, but, due to Hezekiah’s faith, Jerusalem is preserved.

586. Nebuchadnezzar, the Babylonian king, destroys Jerusalem, and plunders the temple, and carries off Israelites to Babylon (2 Kings 25:1–21).

539. Cyrus, the Persian king, conquerors Babylon, ending the Babylonian empire, and issues a decree allowing for Jews to return to Jerusalem and rebuild their temple (Ezra 1:1–4).

Whereas exile was viewed as a future event in Chapters 1–39, the Babylonian exile is a present reality that is soon to come to an end in Chapters 40–55. The very function of these chapters is to convince Israel that the exile is over and that the people ought to return home. Isaiah 40 begins with the great announcement that Israel can be consoled with that fact that the era of judgment is over and a new era of salvation has arrived.

Earlier, Isaiah 6:9–13 announced an era of judgment for Israel. Judgment involved blindness, deafness, intellectual and spiritual dullness, and the absence of healing. Thankfully this judgment wouldn’t last forever. Isaiah asked, “How long, O Lord?” (Isaiah 6:10), and God responded that the people would be exiled and the land devastated, but after these events a remnant would arise. Chapter 35 announced a future day when the blind, deaf, and lame would be healed and the desolate land would be transformed into a lush garden. The following chart will show that Isaiah 40–55 is in essence the fulfillment of the salvation pronouncement in Chapter 35:

The relationship of Chapters 1–39 to Chapters 40–66 is one of prophecy and fulfillment. Over and over Isaiah announces that the former things have passed, that now new things are springing forth (41:22; 42:9; 48:3). When read in the context of the book, the former things are associated with the prophecies of judgment in Chapters 1–39 and the new things are associated with the salvation announcements of Chapters 40–55. The significance of all of this is that “grass withers, flowers fade. But the word of our God is always fulfilled!” (Isaiah 40:8, NJPS)

If you are living in the time of Jesus and longing for the coming of the Messiah, and you have the attitude, “I’ll believe it when I see it,” what should you expect to see? Jesus asks the same question of the crowds in Matthew 11:7–10 with respect to John the Baptizer: What did you expect to see when you went out to look for God’s prophet of salvation? Those who expected someone in silk robes would miss John (Matthew 11:8), since God’s prophet of salvation came dressed in camel’s hair and a leather belt, and ate bugs and honey (Mark 1:6). Those who expected God’s kingdom to begin in the palaces of the powerful and wealthy in Jerusalem or Rome would be looking in all the wrong places.

Of all places, God’s kingdom begins in the desert, and this is exactly where John the Baptizer is preaching, and subsequently where Jesus’ ministry begins (Mark 1:1–13). The desert is typically associated with death. It is a wasteland. Yet, according to Isaiah, the desert is the location of God’s salvation and the launching pad for God’s kingdom.

Thankfully, God’s kingdom doesn’t end in the desert; it culminates in a return to a glorified Zion (40:9–11). So if you were living in first-century Palestine, would you have left the comforts of the city to venture out into the wilderness to witness the coming of the Lord? In God’s economy, the desert is a place where God’s people go not to die, but to be reborn.

There is a rich tradition of Christians who intentionally moved into the desert to meet with God. These Desert Fathers and Mothers would go on to serve as the forerunners of the monastic tradition in Western Christianity. While monasticism would possess its own deficiencies, it did contribute to the church practices of contemplation, solitude, simplicity, fasting, and hospitality.

Given our modern enslavement to technology, materialism, and individualism, Christians today have sought liberation and wholeness through rediscovering these ancient practices, attending spiritual formation retreats, and even forming new monastic communities. Our “deserts” today need not be the Sahara or the Mojave; for Mother Teresa it was Calcutta. Yet for those who visited the Missionaries of Charity, Mother Teresa would say, “Find your own Calcutta.”  You and I need to find our own desert, our own Calcutta, where we shed ourselves of all that corrupts us in order that we might see with our own eyes the glory of the Lord.

And the Messiah Is … Huh?

God’s call of salvation and repentance always requires a turning away from something to a turning to something. In the prologue to Chapters 40–55, Isaiah sets the expectation for Yahweh to return as a triumphant king to his people and lead them home to Zion (40:9–11). Remember Isaiah addresses a people who are held captive by the powers of Babylon. They require a powerful redeemer who can defeat the forces of evil and establish justice and righteousness among the nations.

In 41:1–3 and 41:25, we get our first glimpse at Yahweh’s deliverer; he is a victor from the East who conquers with swiftness, military might, and righteousness. Since this conqueror is unnamed, commentators have speculated whether this person might be an Abrahamic or Mosaic figure. Most likely he would be a Davidic figure, since David is the person most associated with the Messiah. Certainly Israel assumed that its deliverer would be an Israelite of some form.

Finally, in 44:28, Israel’s deliverer is identified as … Cyrus. Huh? The pagan Persian conqueror? This is not what Israel expected in a deliverer. Cyrus II (559–530), from the minor kingdom of Anshan, quickly ascended to power. In 550 B.C.E., he took control of the Median empire, by 546 had conquered Lydia, and in 539 captured Babylon — and by doing so he would rule an empire that would grow to be the largest the world had ever seen.

By overthrowing Babylon, Cyrus fulfills Isaiah’s prophecies from Chapters 1–39, which spoke of God’s judgment to fall on the Babylonians at the hand of the Medes (13:17). As God used Babylon to give Assyria its just desserts, now he is using Persia to do the same to Babylon.

Isaiah introduces the Persian king Cyrus as the agent of Yahweh’s deliverance of Israel from exile. It is Cyrus who will be Israel’s shepherd, carry out God’s will, rebuild Jerusalem and its temple, and lead the exiles home (44:26–45:1; 45:13; compare Ezra 1:1–11; 2 Chronicles 36:22–23). In 45:1, Yahweh grants Cyrus the title “Messiah,” and in 48:14 he declares his love for the Persian ruler! Archaeological evidence tells us that Cyrus was not a worshipper of Yahweh; he most likely was a polytheist. Certainly he was not an Israelite. Yet Isaiah announces to Israel that Cyrus is the Messiah? The word for Messiah merely means “anointed one”; in the Greek the term is christos. In the Old Testament, kings, high priests, and at times prophets were anointed, but eventually the term became associated with an ideal Davidic ruler as depicted in Psalm 2.

Although the term “messiah” occurs only in Isaiah 45:1, Isaiah has spoken extensively about the Messiah, particularly in 9:1–7; 11:1–10; and 32:1–4, in addition to other texts. Israel now needs to swallow the hard pill of pride and accept the fact that Yahweh’s redemptive purposes for his people will be carried out by a pagan king.

Why would Yahweh do such an odd thing? Over and over in Chapters 40–48, Isaiah reminds Israel that Yahweh is sovereign over creation and all nations. Israel must remember that first and foremost Yahweh is king over Israel (43:15; 44:6). In a sense, Israel needs no messiah, because it has always had, and always will have, Yahweh as king. Recall that Yahweh was king (Exodus 15:18) before Israel ever had a human king, and that human kings were never essential (1 Samuel 8:4–20). At a time when Israel is stripped of its promised land, temple, and king, exile is an opportunity to rediscover what is truly foundational.

God’s people do not hold a monopoly on God and God’s will. That is, God can and will use the unbelieving to accomplish his purposes. At times, God will use the unbelieving to deliver his very own people. So how are we to discern which causes we should work for and which people we should partner with? The answer is a question: Who is doing the work of justice and righteousness?

That is also the question we ought to be asking the church. Hopefully it is God’s people who are properly doing the work of justice and righteousness, but we may be surprised. God may send us “messiahs” who look quite different from what we were expecting. Sometimes God uses the unexpected to accomplish his purposes, for one reason: soli Deo gloria — so that to God alone might be the glory.