The Day of Atonement: Leviticus 16 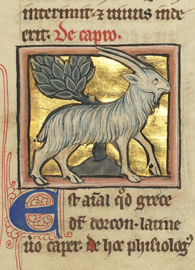 As we continue in the book of Leviticus, we encounter another text that takes some work to understand. At first read, this is a strange text, filled with details about animal sacrifices, burning incense, and sprinkling blood. There is almost stereotypically religious and even judgmental language of being clean and unclean. The seriousness of it all is underscored by the repeated references to Aaron’s death, if he does not follow the letter of these laws (16:2, 13).

At second read, though, the reasons for doing this become more apparent and profound. This chapter explains that the people of Israel are unclean “because of their transgressions, all their sins” (16:16), and that through the priest’s actions “atonement shall be made for you, to cleanse you; from all your sins you shall be clean before the LORD” (16:30).

Again, the overarching message of the book of Leviticus is that God is holy and humans are not, but the content tells about how to overcome the gap. This chapter speaks about the day when all of Israel’s sins are atoned for, when their uncleanness will be changed to cleanness in the presence of the LORD.

The word “atonement” is one of those religious words often used without being defined. Breaking it down into its component parts in English, we see that it means at-one-ment, which was how it was used in the 16th century to indicate harmony and unity. It is, literally, ‘being at one with another.” It also means satisfaction or reparation for a wrong or injury, which is how it was used in Ian McEwan’s 2001 novel and the 2007 movie Atonement.

The Hebrew is kaphar, which means “to cover over, pacify, or make propitiation” [Author’s Note 1]. Indeed, this single word — atonement — is a rich one, referring at the same time to the sacrifice that covers over sins and purifies the people so that they can be reconciled and united with God.

Connections are made with the previous Lectio at the very start of this chapter, which says, “after the death of the two sons of Aaron, when they drew near before the LORD and died …” (Leviticus 16:1). The way this is worded does not quite capture what happened to Nadab and Abihu: it was not simply that they drew near before the LORD and died, but that they were killed because they brought strange fire before the LORD (Leviticus 10:1-2) [Author’s Note 2]. Still, we notice that the text itself does not want us to forget or gloss over these hard stories, but reminds us of them.

After reminding us of the seriousness of what happened to Nadab and Abihu, the chapter continues by emphasizing the careful preparation required for Aaron before he enters into the presence of the LORD in the inner sanctuary. He must offer a bull as a sin offering for himself (16:11), for any unintentional sins he had committed (compare Leviticus 4:1–12), and a ram for a burnt offering (compare Leviticus 1). He must bathe with water, and put on holy, linen clothing (Leviticus 16:4).

Of course, this Day of Atonement is also for the priest to offer sacrifices on behalf of the people, and we read that Aaron takes two goats for this purpose (16:5, 7-22). He is commanded to “cast lots” on the two goats, to see which goat will be killed, and which one will be sent into the wilderness. Two things stand out in verses 7–10:

And that is precisely what happens with the second goat. After Aaron sacrifices the bull for himself and his house (16:11–14), and sacrifices the first goat for all of Israel (16:15–19), he is commanded to lay his hand on the head of the living goat and “confess over it all the iniquities of the people of Israel, and all their transgressions, all their sins, putting them on the head of the goat” (16:21).

It would seem that it might take a long time to do that! But this act, we are told, transfers the sins of the people onto the goat, who is then sent out into the wilderness, “to a barren region” (Verse 22). If you put a saddle or a sack of supplies onto an animal, and it carries it away, that object is gone [Author’s Note 4]. So, too with this second goat: it carries all the iniquities, transgressions and sins of the people of Israel away until they are gone.

After contact with the goat, Aaron must further purify himself (16:23–25), as must the one who set the goat free and the one who gets rid of the remains of the sacrificed bull and goat (16:26–28). The chapter ends with the commandment that this day of atonement is to be practiced yearly, forever (16:29, 31). Within Judaism today, this is Yom Kippur, one of the high holy days still set aside for fasting, prayer, and repentance.

In the New Testament book of Hebrews, Jesus is identified as the greatest high priest. According to Hebrews 7–8, this is because he is the priest forever, and because he does not have to routinely offer sacrifices on behalf of the people — he did it once for all. But in Hebrews 9–10, Jesus is not only the high priest; he is also the scapegoat: all the sins of the people were put on him. Jesus is also the sacrifice: it was his blood that purified and made clean by covering over human sinfulness. Jesus is the way of atonement: through him, all humans may be at one with God.

Propitiation is another big word, which means the thing that is done to gain or regain favor. Often it is connected with appeasing one who is angry after a wrong is done.

The New Revised Standard Version’s translation “drew near before” would be closer to the Hebrew if it had been translated, “encroached upon.” The King James Version recalls the story from Chapter 10 more directly by mentioning their offering, though that word is not in the Hebrew text: “And the LORD spake unto Moses after the death of the two sons of Aaron, when they offered before the LORD, and died.”

Perhaps not surprisingly, then, the name Azazel is mentioned in Paradise Lost, John Milton’s great poem about the Fall, as a tall cherub who serves as Satan’s “mighty standard” (Book 1, lines 533–35). Azazel also appears as a demon in other works of more recent popular culture — e.g., in DC and Marvel Comics, and in the 1998 movie Fallen.