A Pastoral Conclusion to this Pastoral Letter 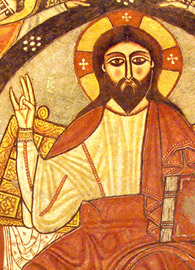 In introducing this Lectio series on Revelation, I suggested that John wrote down the visions he received from the risen Jesus in the form of a pastoral letter. It was his choice to do so, and he did so to address his congregations not as prophet, the bringer of God’s word, but as priest, the giver of pastoral care. In both form and function John’s Revelation to the seven churches of Asia is similar to Paul’s letters to his seven congregations that we receive and read today in the New Testament. Like John, Paul also wrote his letters to nurture congregations his missionary work had founded (see Acts 14:21–28 for a story of Paul’s pastoral care). This introductory observation allows me to make another in concluding this series: the closing of Revelation is similar in literary form and pastoral function to the closings of Pauline letters.

This is hardly good news. Experienced students of the New Testament know that the Pauline letters typically conclude with miscellaneous bits and pieces without any apparent connection to each other or to the letter as a whole. The final few verses of a Pauline letter may include pastoral exhortations and moral imperatives, travel plans and requests for prayer and personal support, additional hellos and goodbyes, sometimes a summary of the letter’s main points, and always a concluding prayer, called the letter’s “grace benediction.” Read the last chapter of Romans for an illustration!

A colleague of mine once expressed the opinion of most New Testament scholars when he referred to the letter’s conclusion as Paul’s “garbage dump.” This is the section of his correspondence where Paul gathers up and writes down all his throwaway lines and extraneous text messages that seem to have nothing to do with the main body of his letter. It’s not big-ticket stuff. Unfortunately, if the closings of Pauline letters consist of throwaway lines, they are easily discarded as useless. The history of interpreting Pauline letters in the academy and the Church provide evidence that this is what often happens. When was the last time you heard a sermon on a letter closing? My point exactly!

I’m happy to tell you that this negative verdict is now under serious review by scholars. What some are now saying is that these closings of Pauline letters are often carefully crafted literary units that relate directly to the concerns of the letter they conclude. In this sense, the way Paul says goodbye to his readers helps them interpret what he has written them. Letter closings perform what we might call a recapitulating role that targets by repetition and tone what is most important to the apostle. And so it is with Revelation’s closing passage, which is really big-ticket stuff!

Some Will Hear; Others Refuse

While the prophecy of Daniel was ordered to be sealed up for the end of time (Daniel 12:4, 9), the angel who carried Christ’s revelation to John tells him just the opposite: “Don’t seal up the words of the prophecy contained in this scroll” (Revelation 22:10). But why should we expect John to close up the prophesy, since all seven seals of God’s scroll on which the mysteries of God’s plan of salvation are written (see 5:1) have now been opened by the worthy Lamb, and its glad tidings of great joy have already been published (see Revelation 6–11)?

We should also expect the publication of John’s Revelation because, as the angel notes, “the time is near” (22:10). Readers have been repeatedly told the time when the “words of the prophecy” are fulfilled is “near” in space and “soon” in time (22:10; 1:1–3). The closing of Revelation, like its opening, is bracketed by this sense of urgency. Especially haunting, then, is the expectation that hearing Revelation will have little to no effect upon most hearers: those with ears will hear, those without, won’t. The holy will remain holy; the filthy who refuse to repent will choose to remain filthy (22:11; cf. 9:20–21; 16:8–11).

But how can this be? Is the angel asserting that there is no possibility for the “filthy” (22:11) non-believer to repent and convert to God’s ways? How is this good news? Perhaps the angel is not asserting a theological truth but merely making a historical observation from its bird’s-eye perch over human history: until the story of salvation reaches its ending on “the great day of God the Almighty” (16:14), human history will always divide into these two groups. On the one hand are God’s covenant-keeping people whose faith remains firm and whose witness remains holy; on the other hand are faithless outsiders who remain aligned with the ruling minions of the unholy trinity. Their values and practices are shaped by a politics of deception and an economy of unfairness (cf. Revelation 13:11–18; 18:9–20).

Note that the angel adds that the apocalypse of salvation is still “near” (22:10). The concluding events of human history that close down the anti-God reign of terror are still in the future. Evil and death are defeated but not yet demolished. Evil happens, but so also does holiness. This dualism is the shape of our present, but our experience of tension and conflict, both inward and public, teaches us to await expectantly and obediently God’s coming and certain triumph.

Closing Words of the Living Jesus 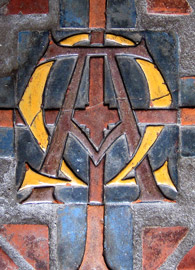 Earlier, when the angel rebukes John for worshiping him after delivering to him the “true words of God” (19:9) rather than worshiping the God who revealed them, the angel of the Lord tells John that worshiping God is demanded because the “witness of Jesus is the spirit of prophecy” (19:10). The community’s worship of God is not only rooted in the faithful witness of the historical Jesus (cf. 1:5–6) but in the presence of the living Jesus whose “true words” (19:9) are continually remembered and refreshed by the Spirit of prophecy (cf. John 14:25–26). This helps us understand the abrupt shift to first person in the angel’s speech (Revelation 22:12) — a grammatical shift that illustrates the general movement of prophetic speech in Revelation: the angel vocalizes the words of the living Jesus (22:12–16), inspired by the Spirit of prophecy, who communicates them to John for us to hear.

Following the convention of other letter closings, then, these closing words of the living Jesus summarize the main message of John’s Revelation written down for his seven congregations in Roman Asia and then sanctified for the whole church as Holy Scripture:

In this case, John’s idiom is conditional. That is, the choice for or against God’s way of salvation is not one that God makes for us but one that we make ourselves. Those blessed by God, who are given access to the city and are allowed passage on its main street to the “tree of [eternal] life” (22:2), are those who choose to wash clean their robes in the Lamb’s blood.

God’s saving grace is not forced upon us; we are not forgiven by God without our permission. The choice is ours. Likewise, those “dogs” (22:15) (or “SOBs”; cf. Philippians 3:2) who are prevented access into the city freely choose to reject God, a decision clearly indicated by the vile works they perform (cf. 21:8). Revelation leaves no wiggle room for halfhearted discipleship: those “who love and practice deception” (22:15) will not live to see the day’s end.

The messianic titles Jesus uses to identify himself here — the root of David, David’s descendant, “the bright morning star” — allude to two prophecies of Isaiah (Isaiah 11:10; 60:3). At day’s end, all the united nations, not just a restored Israel, will be drawn into the messiah’s company. Yes, the Lord’s revelation is delivered by angelic express to John for his seven congregations, “the churches”; but there is a second audience the Lord has in mind: Revelation bears witness of God’s victory to the nations, now led by the unholy trinity. In my mind, this final word from Jesus should be taken as a hopeful promise of the gospel’s global reach but also as a threat of final defeat to those who “practice deception” (Revelation 22:15). Choose your sides, people.

A Final Invitation, Warning, and Blessing

The pairing of the Spirit of prophecy and “the bride” (22:17) reminds the future Church (i.e., the bride) of its present Spirit-led global mission: to convey the contents of Revelation to the nations. The altar call to “come” (22:17) is an invitation to “all of you” who have yet to make the hard, life-changing choice to follow the Lamb wherever he goes (cf. 14:4–5). The mysteries of God’s salvation have now been revealed; their witness to Christ’s faithfulness and God’s victory over evil and death is complete. All that needs to be heard has been read aloud. Only the altar remains incomplete: come whoever is thirsty. The water bill has already been paid.

The prophet’s final affirmations are true to the form of other biblical prophecies. He first warns the readers of God’s “tit-for-tat” rule (called lex talionis): God’s punishment for wrongdoing is the precise equivalent of the wrong committed (22:18–19; see 11:18). In this case, John recalls Deuteronomy 4:1–2 to warn both Christian scribes and teachers to maintain the textual and theological integrity of Revelation when transcribing or interpreting its contents for new audiences.

There is no biblical book that comes to us with a greater variety of interpretation! Nor is there another kind of biblical book more susceptible to scribal error or amendment than Revelation, as ancient manuscripts bear witness! John’s warning is not a literalism but rather a symbolism alerting readers of Revelation that this book will likely be subjected to all kinds of subtractions and additions because of its demanding, difficult content and literary style. How right he is!

John then illustrates the proper posture toward Revelation in his final oration (22:20). Remember the symbolic importance of the number seven: sevens testify to done deals. This is the seventh time in Revelation that Jesus predicts through his prophet, “I am coming” (2:5, 16; 3:11; 16:15; 22:7, 12). This seventh time signifies that Jesus’ return is a done deal. The prophet’s only response, then, is maranatha: “Come, Lord Jesus.” Here also John models for “all of you” (22:16) who are invited to “come” (22:17) what the altar experience looks like: those who come to Jesus do so full of the blessed hope of his return.

The prophet ends his apocalyptic letter in the manner of the great apostle: “The grace of the Lord Jesus be with all” (22:21; cf. 1:4–5). I end this Lectio where John ends Revelation: with a benedictory prayer that reminds us of grace via the lyrics of another John: “’Twas grace that taught my heart to fear, and grace my fears relieved/How precious did that grace appear the hour I first believed” (John Newton). Amen.

<<Previous Lectio   Back to Revelation