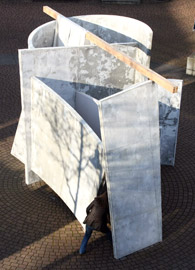 At its foundation, the Gospel of Mark is a story. By saying this, I do not mean that Mark is fictional. As any reader of biographies knows, a good story can convey historical facts. The point, however, is that Mark is a story, or a narrative, with a plot and characters. If scholars who claim that Mark is the earliest gospel are right, then Mark is the originator of the practice of writing down the events of Jesus’ life in story form.

As we have seen, the Gospel of Mark is about more than one story. On the surface, it seems that the gospels are about the story of Jesus. Indeed, they are. But they are also about the story of God’s kingdom, and the story about those who follow Jesus. Each of these stories interacts with and influences the other. For example, it is in Jesus that the kingdom of God has drawn near (1:15), and it is through Jesus that disciples see what is expected of those who follow him (8:34–38). As we conclude our study of Mark, each of these stories is worth examining again.

Story 1: A Story About Jesus

Mark’s story about Jesus begins when Jesus is an adult. Jesus is from Nazareth in Galilee (1:9). He is baptized by John the Baptist, and during his baptism the audience learns something the characters in the gospel do not know: Jesus is God’s Son (1:11).

In fact, it is because Jesus has divine authority that he can call disciples (1:16–20), exorcise demons (1:21–27), heal the sick (1:28–31), and forgive sins (2:1–12). He quickly becomes known for his thought-provoking teaching (e.g., 1:27; 4:1–34) and comes into conflict with the scribes, elders, chief priests, Pharisees, and Herodians within the early part of his ministry. While his primary goal is preaching about the nearness of the kingdom (1:38), he is demonstrating that the kingdom is near in his victories over evil in all its forms (e.g., temptation and Satan, unclean spirits, illness).

About halfway through the gospel, Peter declares that Jesus is “the Christ.” Jesus adds to this title another piece of his identity: speaking in the third person, he says that “the Son of Man must undergo great suffering, and be rejected by the elders, and the chief priests, and the scribes, and be killed, and after three days, rise again” (8:31).

Jesus’ identity is not simply about being a compelling teacher or one who can perform miracles. The foundational component of his identity is found in his suffering and death. The disciples misunderstand who Jesus is if they try to claim that he is the Messiah without internalizing what it means that he is the suffering Son of Man. Jesus’ authority and leadership are found in his service and submission to the will of God (3:35; 14:36), not only by his deeds of power and might. In this way, Mark’s understanding of Jesus is paradoxical: Jesus saves his life (16:1–8) by losing it (15:22–37) and illustrates his heavenly authority (11:27–33) in death. In essence: “The Son of Man came not to be served, but to serve, and to give his life as a ransom for many” (10:45, RSV).

Jesus’ death and resurrection are not the final story of his identity, however. Jesus’ story continues beyond the narrative of the gospel, both as Jesus goes ahead to meet his disciples (16:7, 14–17) and as he is with them in their ministry (16:20). But the Son of Man, the Crucified One (16:6), will return in glory, not as a false Christ (13:21) but as the true one.

Jesus is from Nazareth, Son of God, Son of Man, Christ, Healer, Exorcist, Teacher, Sufferer, Servant, the Crucified, and the Resurrected One.

Story 2: A Story About God’s Kingdom

Mark’s story of Jesus directly connects to other major stories in the gospel, and one of these is the story of God’s kingdom. We first hear of the kingdom of God when Jesus proclaims its nearness (1:15). Of course, this raises the first question about the kingdom of God: Is it here, now, or is it something that is only in the future (i.e., heaven)? This question has been answered differently across Christian theological traditions. However, the Gospel of Mark does offer some thoughts about the kingdom of God itself.

Mark describes the kingdom of God as something that is already present (“now”) and still to be entered in the future (“not yet”). Mystery is associated with the kingdom of God, and God gives the mystery of this kingdom now, even if it is not yet comprehended (4:11).

This kingdom will start small, but its results will surely be surprising as it does extraordinary things with what is ordinary (4:30–32). The kingdom of God does not operate like the kingdoms of the world (6:14–29) or the kingdom of Satan (3:23–27); in fact, the kingdom of God belongs to those who welcome children and those like them (10:14), and one must receive the kingdom of God like a child in order to enter it (10:15). By loving God and loving our neighbors and putting into practice Jesus’ teaching, Mark claims, we can be near the kingdom of God (12:34) and can practice looking for it expectantly (15:43). 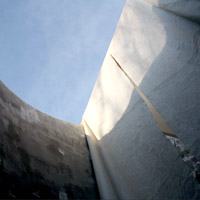 At the same time, much as the story of Jesus goes beyond the time frame of the gospel, the story of the kingdom of God is not yet complete. It has drawn near, and even arrived in the person of Jesus, but God’s final victory, while assured, is yet to come. Jesus promises that there are some standing with him who will see the kingdom come in power (9:1). Peter, James, and John did see the kingdom coming with power at Jesus’ transfiguration (9:2–8), but that power did not remain with them unequivocally.

Even though the disciples are given elements of the same authority and power that Jesus held on earth, they will be persecuted as he was (13:5–37) and are waiting for the final consummation of God’s kingdom. This kingdom is difficult to enter, and is possible only with God (10:23–27). In its most narrow sense, the kingdom of God can be used interchangeably with “eternal life” (10:17, 23), but that eternal life is where creation knows and does the will of God (3:35; 16:15). In the language of the Lord’s Prayer, the final consummation of the kingdom looks like “thy will be done, on earth, as it is in heaven” (Matthew 6:10).

Finally, Mark tells a story about those who follow Jesus. Jesus calls some to follow (e.g., 1:16–20) and sets apart 12 for the work of apostleship, to be sent out with the same kind of authority Jesus has over evil (3:13–19). The apostles succeed in their ministry (6:30–33), but they also demonstrate faults — namely, ignorance, fear, and hardened hearts.

While their fear prevents them from developing a robust faith, they clearly show that a person can be a follower of Jesus without knowing everything. For Mark, discipleship requires recognizing that Jesus is one who is worth following and obeying, and seeking to understand all that one can (4:13). However, Mark is quite candid that there are some things that Jesus’ followers will not understand, because they have not yet been revealed and will not be revealed until the end of the age (e.g., 4:21–22). Ignorance is not an impediment to discipleship; fear and inaction are.

Mark describes the disciples as failures in their faithfulness and loyalty. They betray, deny, and desert Jesus to his death. Even at the end of the gospel, the women disobey the commands of the young man at the tomb, and Jesus upbraids the disciples for their lack of faith (16:8, 14). It seems that Mark does not have a high opinion of what human discipleship can do. At the same time, Mark has some of the most stringent requirements for following Jesus: disciples are ones who take up their crosses, walking in Jesus’ footsteps. They serve, rather than being served. Losing their lives, they find new lives (10:28–30). They are to see and perceive, watching closely for God’s action in the world (4:10–12; 13:28–37).

The goal of discipleship in Mark is imitating Jesus — not by re-enacting his saving death, but by participating in his life and ministry. Welcoming tax collectors and sinners (2:15–17) and even scribes (12:28–34), Jesus opens doors to all. Exhorting and enabling faith and not fear, Jesus grants even these frail followers the authority to continue his ministry. Discipleship in Mark, like the story of Jesus and the story of the kingdom, is paradoxical.

While Mark is telling the story of the time before Jesus’ resurrection, he is already living in the time after the resurrection. He knows that the power of the Spirit has made a difference in the community of believers (see 1:10; 13:9–11), but he also knows that the message of the gospel has not been universally acclaimed (4:14–20). Discipleship in terms of obedience is hard; there is much that disciples still do not understand (9:32; 4:22). Yet, becoming more and more acquainted with Jesus’ life and the significance that his life had on the lives of his followers allows us to see rightly where God is at work in our own lives, and how we can better live as members of the family of God (3:35). 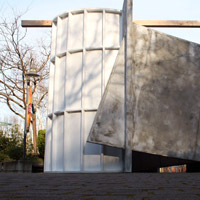 Mark talks a great deal about sacrifice, especially as Jesus exemplifies what it means to sacrifice one’s own will for God’s. Other New Testament authors also develop this idea. In particular, Paul reiterates the theme of sacrifice, but he puts it in the context of working together in Christian community. Paul’s letter to the church in Philippi highlights the need for unity among believers, even at a church that is bringing Paul joy and doing well in its faith (Philippians 1:25–26). Paul claims that believers should regard others as better than themselves, thereby having the “same mind” as Christ Jesus (Philippians 2:5). As Christ Jesus humbled himself (Philippians 2:5–8), so should they, thereby working out their salvation with God working in them (Philippians 2:12–13).

The cross is the crux of all of these stories, whether they are about Jesus, the kingdom, or Jesus’ followers. It is no wonder that this shameful symbol of ultimate suffering has been embraced as the very essence of the Christian identity. The cross is the fullest expression of Jesus’ humility and sacrifice, it is the kingdom of God’s triumph over sin and death through death itself, and it is the story that shapes disciples’ lives, so that they too can follow Jesus’ command: “Take up your cross, and follow me” (Mark 8:34).

My richest gain I count but loss and pour contempt on all my pride. …

Were the whole realm of nature mine, that were an offering far too small;

Love so amazing, so divine, demands my soul, my life, my all.

<<Previous Lectio   Back to Mark