“Resurrection and Beyond”: Luke 24 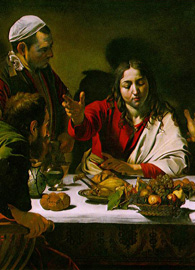 In the early church, Easter was the biggest day of the year, with its observance far surpassing that of Christmas. New Testament writers make clear that the bodily resurrection of Jesus climaxes Jesus’ life and death. That Jesus rose from the dead authenticates what he did in his death.

Every time early Christian preachers opened their mouths, they gave witness to the resurrection of Jesus. (See early Christian sermons in the Acts of the Apostles [Author’s Note 1]). Paul includes the raising of Jesus “on the third day in accordance with the scriptures” as key to the “good news … proclaimed to you, which you in turn received, in which also you stand, through which you are being saved” (1 Corinthians 15:1–2).

What we are witnessing in the resurrection stories … is the birth of new creation. The power that has tyrannized the old creation has been broken, defeated, overthrown. God’s kingdom is now launched, and launched in power and glory, on earth as in heaven. [Author’s Note 2]

Early believers celebrated the resurrection of Jesus as the Christian Passover. In fact, some believers even today call it “Pascha” after the Greek word for Passover. As God liberated the ancient people of Israel from Egyptian bondage, so, in Jesus’ resurrection from the dead, God liberated his people from bondage to sin and the fear of death.

Last Easter, NPR broadcast a brief report on a Manischewitz processing plant that produces matzo (unleavened bread), essential for celebrating Passover. Highly regulated by overseer rabbis, one breach of kosher rules can shut down the whole assembly line. “Why is it important to keep all the kosher rules?” someone asks the rabbi in charge of enforcing regulations. Answer: “The whole point of eating matzo is to remind Jews that we were once slaves, suffering in Egypt. If there weren’t difficulties, it wouldn’t be a matzo.” That’s a 21st-century Jewish reflection on the corporate, shaping story of Israel, which goes back at least 3,200 years.

This story was what shaped the understanding of those first Christ-followers. Their shaping story was one of bondage and divine deliverance. Their story included slavery in Egypt but also deliverance by Moses. It included exile in Babylon and also a return from exile. Their story involved an expectation that God would again deliver, as God had in the past. They had hoped this deliverance would come through Jesus of Nazareth. In fact, they had staked everything on this expectation. But this hope had been dashed by Jesus’ death. A deliverer does not get himself killed! Or so it went in their story. No wonder, then, that the characters in the Easter narrative begin in deep sadness and gloom.

But then they encounter the risen Jesus that first Easter. Let’s live into the story of Jesus’ resurrection and beyond, as told by Luke. We’ll begin with the risen Jesus:

Luke 24:1–12: The Risen Jesus — Not Entombed but Resurrected

The story moves seamlessly through the artificial division between Chapters 23 and 24. Women, who come to complete their customary burial duty to Jesus’ dead body, do not expect anything but a corpse. They have been through a traumatic weekend and are surely disillusioned and deeply saddened at what has taken place. As the Emmaus Road travelers put it later in the day, the one they hoped would redeem Israel had been handed over to be condemned to death and to be crucified (24:20–21).

Now, at an empty tomb, whose huge stone covering has unexpectedly been rolled away, these faithful women are greeted by radiant angelic messengers. They are “perplexed” and “terrified” (24:4–5). The New English Bible says they were “utterly at a loss” (24:4).

How striking it is that the momentous miracle of Jesus’ resurrection caught everyone close to it by surprise! Nobody expected Jesus, who had died so obviously and so publicly, to rise from the dead. One of the key evidences for the bodily resurrection of Jesus is that these slow-to-understand-and-believe followers became totally convinced of its factual reality.

“Why do you look for the living among the dead? He is not here, but has risen,” is what the angelic messengers said to women at the tomb — or, as The Message paraphrases it, “Why are you looking for the Living One in a cemetery?” Then they are reminded of what “he told you while he was still with you in Galilee” (24:5–6). This is not so much a reproach, as in “He told you so!” It is rather a loving reminder that the risen Jesus is part of a bigger picture, which Jesus has revealed to them, but they have not understood. Their beloved Jesus is not in the place of the dead. Instead, his dead body has been resurrected, as he told them would happen.

Mary Magdalene, Joanna, Mary the mother of James, “and the other women with them” (24:10) become the first witnesses to Jesus’ resurrection. Don’t casually dismiss this piece of reporting. This is a culture in which women could not give evidence in a court of law, because, so it was thought, women could not be reliable witnesses. But this story tells us these women remembered Jesus’ words, returned to the other disciples, and reported what they had seen and heard.

True to form, the male apostles thought the women’s witness was “an idle tale and they did not believe them” (24:11). Peter, to his credit, goes to check out the situation, but responds still not with faith, but with “amazement” (24:12).

It is uniquely Luke who gives us the gem of a story about the risen Jesus engaging with and revealing himself to believers who have heard what happened that morning, but yet don’t get it. How shall we understand this powerful story of two confused, hope-dashed, heavy-hearted disciples on their way home from Jerusalem to nearby Emmaus on the first Easter?

As we have already observed, Cleopas and his companion (maybe his wife) are living out of their shaping story. How we understand our story powerfully forms us. Their story of expected deliverance, which they had hoped would come through Jesus of Nazareth, has been dashed to the ground. But now this anonymous stranger joining them on the road gives them a new vision. He gives them a new twist to their story. This Jesus of Nazareth does deliver, not from suffering but through suffering, and through resurrection. The story of Jesus is the climax and completion of Israel’s story. This the unknown stranger explains. “Beginning with Moses and all the prophets, [Jesus] interpreted to them the things about himself in all of the scriptures” (24:27). Jesus, the Living Word, is revealed in the written Word. And that written Word includes both the Old and the New Testaments.

Later, after finally recognizing Jesus, these two of his disciples exclaim to one another, “Were not our hearts burning within us while he was talking to us on the road, while he was opening the scriptures to us?” (24:32). As was the case nearly 2,000 years ago, so today the risen Jesus, the Living Word, is revealed through the opening up of Scripture. As believers in Jesus, we read the Bible to encounter the God who fully reveals himself in Jesus.

Weary travelers, now enlightened by the still-unknown fellow traveler, arrive at their Emmaus home. They offer hospitality to Jesus, who is still incognito. Then, gathered around a table, the guest becomes the host. Jesus breaks bread, blesses it, and distributes it to them. In this breaking of bread, they recognize Jesus, who then vanishes.

Maybe, since Luke has described nine meal settings in his gospel [Author’s Note 3], these Christ followers have been at table before with Jesus. They recognize him in the host role. So close in time to Jesus’ institution of the Lord’s Supper (22:14–23), Luke surely wants us to connect the two meal settings. Scripture and sacrament are joined together; both point to and reveal the risen Jesus in our midst.

Though it was night, Cleopas and his companion hurry back to Jerusalem to share their story of Jesus “made known to them in the breaking of bread” (24:35). Contemporary disciples also become enthusiastic witnesses when Jesus becomes real to us.

A further vignette of Luke’s resurrection-and-beyond story includes the disciple band gathered in Jerusalem. The “eleven and their companions” (24:33) hear the report of the Emmaus Road event from Cleopas, and in the midst of it Jesus enters the room and stands among them. Though they have just heard Cleopas’ story of Jesus’ self-revelation, the disciples are “startled and terrified” (24:36). Yes, we would be too if someone were to walk into the room through closed doors! Maybe some were still not convinced. Maybe the resurrected Jesus was more glorious in appearance than they had ever remembered him or could imagine him.

Jesus responds to their fear and incredulity by showing them his hands and feet, presumably still bearing the wounds of crucifixion. Jesus also demonstrates the physical reality of his resurrection body by eating fish in their midst. Jesus goes to great lengths to respond to his followers’ lack of certainty both with grace and with evidence.

The risen Jesus was not a ghost. This was an embodied Jesus, who belonged both to earth and to heaven — a foretaste, as Paul told the Corinthians, of the resurrected bodies of believers (1 Corinthians 15:20–23, 35–38). Here is Luke, a Greek, from a culture that tended to think of the spirit as good, but the body as evil. Yet Luke takes great pains to report the physicality of Jesus resurrected. Nearly 2,000 years later, the shaping story of Christ followers is about a Jesus who became a flesh-and-blood human, who died a real death, and who came alive again with a real body.

Before leaving them, Jesus lays down two key emphases for his disciples. The points are true in the first century, and they are true today.

The closing scene of Luke’s gospel depicts Jesus blessing his disciples and leaving them, as reported more fully in Acts 1. Jesus’ ascension is not about aeronautics, but about theology. Though we speak of “ascension,” it is not so much going up as going out. It is about being gone from this sphere of reality into God’s sphere of reality — that is, into heaven. Jesus takes his resurrection body, including the wounds of crucifixion, into reunion with God. In a sense, Jesus unites earth and heaven. And with joy and worship, disciples await empowerment by the Spirit (24:52).

The death, resurrection, and ascension of Jesus climax the story that Luke began with Jesus’ birth. But these are not merely events in the life of Jesus of Nazareth recorded by a serious historian. They also shape a way of life for us today. Ours is a way of life shaped by the story of Jesus and lived out as we are “clothed with power from on high” (24:49).

Here is a final word from N.T. Wright, linking Luke’s two books — his gospel and the Acts of the Apostles:

[I]n between resurrection and ascension, on the one hand, and the second coming, on the other, Jesus is the one who sends the Holy Spirit, his own Spirit, into the lives of his followers, so that he himself is powerfully present with them and in them, guiding them, directing them, and above all enabling them to bear witness to him as the world’s true Lord and work to make that sovereign rule a reality. [Author’s Note 4]

<<Previous Lectio   Back to Luke

2 Comments to ““Resurrection and Beyond”: Luke 24”