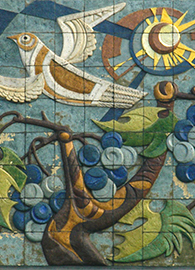 Often church historians say that the first major split in Christianity occurred between the Roman Catholic Church and the Eastern Orthodox Church in 1054. That is not quite accurate. Before there were Western and Eastern Christians, there were Jewish and Gentile Christians, and the former had to negotiate their identity apart from and in tension with the majority of Jews of their times.

Even today, Jewish Christians have a difficult time because they are not “Jewish enough” for mainstream Judaism, nor are they sufficiently “Christian” for the vast numbers of Christians today. In short, we are talking about what can be termed “the Jewish question.” Although the Jewish question is an important one as it relates to Jewish and Gentile Christians, the matter is all the more severe when one attempts to understand why so many Jews have rejected the One whom Christians believe is their long-awaited Messiah.

Romans 9–11 is a unit within the epistle that has as its focus “the Jewish question.” That this is no simple issue for Paul is evident right away: “I have great sorrow and unceasing anguish in my heart. For I could wish that I myself were accursed and cut off from Christ for the sake of my own people, my kindred according to the flesh” (9:2–3). Paul acknowledges that Israel has historically been God’s chosen people; they have all the advantages necessary in order to recognize Jesus as their Messiah.

And yet Paul suggests that ethnic lines are not all-determinative here. It is not so much having Abraham or Isaac as a patriarch (thereby being “children of the flesh”), but rather being counted as “children of the promise.” Once again, Paul calls into question basic understandings related to Jewish identity by pointing to God’s acts and promises as being ultimately determinative for the significance of Jewish life. In other words, it is not so much who Jews are that matters, but the One they worship and the One who called them into existence.

Paul goes on to demonstrate this dependency on God by citing a number of examples from Israel’s history. In many of these occurrences, God chooses to do things a certain way through certain people for no apparent reason. So, before they were born, God chose Jacob, not Esau; furthermore, God hardened Pharaoh’s heart in the famous Exodus story. These and many other instances show that God “has mercy on whomever he chooses, and he hardens the heart of whomever he chooses” (9:18).

As with many of Paul’s arguments, we ought to avoid “extreme-itis.” Some people have used Romans 9 as a way of making a case for God predestining those who will and won’t be saved. Much of this argument depends on how one defines “predestination.” Many who advocate “predestination” wish to emphasize God’s role in salvation as being primary and necessary. Most Christians can agree with this move. However, does predestination also mean “determined”? In other words, do people have a role to play in their salvation, or does the matter strictly rest in God’s hands?

Given what Paul says elsewhere in Romans (especially Chapter 6), one can argue that we humans are involved somehow, not as a way of taking away from God’s glory but rather as a way of showing God’s glory in a particular (and I believe compelling) way: That God saves from within (rather than simply outside of) creation is a sign of God’s power. That God allows us to be involved to some degree in our salvation also suggests the same. But the examples Paul lifts up in Romans 9 are heavy on God’s role (Jacob, Pharaoh, a possible echo to Job, and passages from Hosea and Isaiah). Why such an emphasis here?

Paul is making a particular case here in Romans 9–11 — namely, to open up the possibility to suggest that God may have historically worked through Israel but is not bound exclusively to Israel, in that God’s purposes do not involve Israel’s fate alone but the fate of all creation. That Israel is God’s chosen people is important, no doubt, but now the situation has reached an impasse: “Gentiles who did not strive for righteousness, have attained [righteousness through faith], but Israel, who did strive for the righteousness that is based on the law, did not succeed in fulfilling the law” (9:30–31).

Now, those who had been lined up to be active partakers of God’s blessings have chosen otherwise. They may appear zealous for God, but, according to Paul, they generally have been interested in their own righteousness rather than God’s.

Put another way, they have failed to see how “Christ is the end of the law so that there may be righteousness for everyone who believes” (10:4). Gentiles have seen Christ as the end of the law, and so they may be counted as those who will be saved. Stated more particularly, believers may be either Jewish or Gentile, since, in God’s kingdom, “there is no distinction between Jew and Greek; the same Lord is Lord of all and is generous to all who call on him” (10:12).

So where does this leave Israel? Has God rejected Jews, particularly those who have rejected him by not accepting the good news of Christ? According to Paul, this is not the only shortcoming on Israel’s part, but rather one of many in a long history of contention and strife.

Just as Elijah had claimed that Israel had killed all the LORD’s prophets, and Elijah alone was left (1 Kings 19:14), so, too, is Israel in the wrong now. Certainly a remnant of the Jews has believed, for a remnant will be saved (9:27), a remnant chosen by grace (11:5). But it has simply been that: a remnant. It seems that Paul believes that by Israel’s failure to accept the Messiah that the logical development is that “salvation has come to the Gentiles” (11:11). God has used an unfortunate development to show his glory all the more. 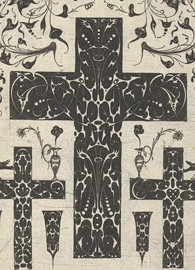 Paul then addresses himself to Gentiles in 11:13 (further reinforcing the likelihood that the Roman congregations consisted of both Jewish and Gentile Christians). Paul advises the Gentiles not to boast or think too highly of themselves because of the failure of the majority of Jews. Employed here is the imagery of the root and the branches: the Gentiles are a wild shoot that has been grafted onto the root of the olive tree; because these branches were grafted, there is no room here for boasting; the root supports all the branches, and although some branches were broken off for these to be grafted in, these actions all rest on God’s kindness and mercy.

Essentially, Paul is saying that Gentiles have been invited to take part in something that has already been taking place, and such subsequence cannot occasion boasting or pride on the part of the Gentiles, or they too could suffer the same fate that the broken branches endured because of their lack of faith.

Paul concludes Chapter 11 and this section more generally by elaborating on what he calls a “mystery.” The explicit justification of this elaboration is so that the Apostle’s hearers may not claim to be wiser than they are. Basically, the mystery runs that Israel has been hardened for a time “until the full number of the Gentiles has come in” (11:25); once that happens, “all Israel will be saved” (11:26).

On the surface, this statement appears problematic, but when one takes into account the running themes of Romans (including a new covenant, a holy remnant, the circumcision of the heart, and others), this “Israel” is apparently the “new Israel,” the people of God who are children of Abraham according to the spirit.

A Merciful God, a Foolish Israel

Again, going back to the way that God and Israel have interacted throughout the biblical testimony, it is usually the case that God extends his grace, Israel obeys for a while and then falls short, and subsequently God judges and punishes Israel for the sake of bringing them back into a reconciled state in the future. The contrast is between the justice and mercy of God, and the obstinacy and folly of Israel. Paul says that the same kind of dynamic is happening now.

As observers “outside” the story, Gentiles would find it all too easy to judge what is going on. Paul, however, is very clear that Israel’s failure has resulted in the Gentile mission, but that this failure will be remedied over time. At present, they are enemies of God with regard to the gospel, and yet, being Israel, they are and will continue to be God’s people. To put it quaintly, God has a history with these people, and it is a history that neither God nor Israel can give up. God will extend mercy to them once again.

It bears repeating that the fate of Israel here is not on the basis of how great Israel is. Paul goes to great lengths to show how this evaluation is erroneous. Rather, Israel will be saved because God has bound himself to them. In other words, Romans 9–11 is primarily not about Israel but about God, who has called Israel and will be faithful to Israel until the end. The point is that God is faithful to fulfill his promises, and he will be faithful even in spite of the unfaithfulness of those he has called.

Gentile Christians often have great difficulty with Romans 9–11, for it seems that God has favorites in these chapters. God is the God of all, and part of Paul’s point so far in the Epistle to the Romans is to show how favoritism is not an option for God. Yet Jews have a history with God; Paul can claim the tribe of Benjamin as his tribe, Abraham as his father, etc. Those links matter in a way that may be hard for us modern-day believers to understand. In ancient contexts in which the nation, not the individual, was the primary social unit, collective histories, traditions, and other parts of communal life were imperative for understanding oneself and one’s place in the world.

When the Gentiles come onto the scene, they are joining something that is already taking place, and this something is God’s work to repair and heal the world through those whom he chooses and calls. If God were simply to start “anew” with Jesus, then all that God had been doing through Israel for centuries before Christ would have been for naught.

That God brings us along says something about God’s constancy and faithfulness. That God continues with Israel is a testament to God’s faithfulness. As recent history tells us, Israel has suffered much as God’s chosen people. Israel, like the rest of us, has had its highs and lows. But what makes Israel’s history, traditions, and way of life significant is the God whom they worship.

And as in previous instances, so now: God will be merciful to them now and in the age to come in spite of their current posture as enemies of the gospel. That God continues to be faithful is a statement not about Israel but about God, thereby reinforcing the awe that we all share with regard to this God, our God: “O the depth of the riches and wisdom and knowledge of God! How unsearchable are his judgments and how inscrutable his ways!” (11:33).