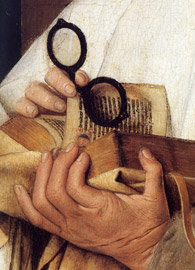 This untitled psalm is arguably the most unusual one in the Psalter. Its length (176 verses) dwarfs the other psalms; no other psalm comes close. Equally, its style is unique. It is an alphabetic acrostic psalm, which in itself is not odd (see Psalms 9–10; 25; 34; 37; 111; 112; 145). But this acrostic has each eight-line stanza begin with the same letter of the twenty-two letter Hebrew alphabet (8 times 22 equals 176). Finally, no other psalm deals with torah (or Law) in such an extensive and comprehensive manner.

Unfortunately, Christians might have an immediate negative reaction to Psalm 119. This is because, for many Christians, law has a negative connotation. Based on a misreading of Pauline thought, some Christians view law as in opposition to grace. Indeed, law is supposedly something from which we are freed by grace.

But in Scripture — whether the Old Testament or New Testament — law is never a means of currying divine favor. It is, rather, a response to divine favor freely and graciously offered. That is, grace always precedes law. This is why the legal corpus found in the Torah/Pentateuch begins with an assertion of God’s gracious act in behalf of God’s people (Exodus 20:1–2). The law, then, describes how the people are to respond to this grace. The New Testament’s book of James was written to ensure that we get this order right.

Christians also have too narrow a conception of the meaning of law, or torah. Of course, at one level torah refers simply to the first five books of the Old Testament, which is sometimes called the Pentateuch. But at another level it is important to keep in mind that torah means teaching or instruction. Because this teaching or instruction comes from God, torah is virtually synonymous with God’s will. In addition, based on the actual content of the Torah, clearly law in and of itself does not do the Torah justice. The Torah recounts a foundational story, presents a way of life for the elect people of God, and offers a formal and informal liturgical structure according to which the people are to conduct their communal lives. Thus, Torah is ultimately a story, a way of life, and a liturgy.

Christians have typically insisted that the moral aspect of torah remains relevant — for example, the Ten Commandments — but not the ceremonial, legal, or ritualistic aspect. But it is necessary to keep in mind that this material is Scripture — Christian Scripture. Throughout its long history, the Church has taught that the meaning of Scripture is never exhausted by a literal or historical reading.

This is why figuration, symbolic readings, typology, and the like have been used productively in biblical interpretation. As a matter of fact, both the synagogue and the church have appropriated the legal and liturgical, or ritualistic, features of the Torah by the use of figuration, symbolic readings, and typology. Failure to engage the material in this way has the unfortunate result of impoverishing us by in effect de-canonizing this significant portion of Scripture. For this reason, we should rejoice that Psalm 119 is found in the Psalter.

Beyond its length and style, one of the first things to notice in Psalm 119 is the richness of its vocabulary. The psalm contains an array of words that describe God’s law and God’s will.

At the very least, this vocabulary range speaks to the depth, complexity, and intricacy of the idea of God’s torah. This is not a simple concept; it is incredibly profound.

This cluster of vocabulary undercuts the idea that the psalm is calling for reluctant observance of arbitrary rules in some legalistic fashion. Rather, torah and its related terms involve a deep and total commitment to a comprehensive and beneficial religious lifestyle. Walking according to torah is tantamount to blamelessness (119:1). This is about seeking God with one’s whole heart (119:2, 10, 145) and being consumed with a longing to please God (119:20, 139). The psalmist has chosen this faithful way and cleaves to the Lord’s testimonies (119:30–31, 173); indeed, there is a longing for God’s precepts (119:40, 131). 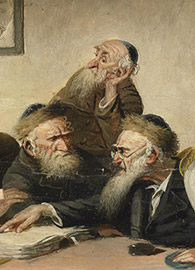 Another motif that reinforces the stress on a deep commitment to obeying God’s torah is that such a religious posture is internal. Psalm 119 depicts a transformed moral actor who lives and breathes God’s law at all times. The psalmist has internalized God’s word as a disincentive to sin (119:11, 105). Part of this spiritual discipline is declaring with the lips divine ordinances (119:13). Meditating on divine precepts — equated with fixing one’s eyes on God’s ways — is requisite as well (119:15, 78, 97, 148). Equally, it is appropriate to ask God to incline us toward divine testimonies and avert our eyes from distractions (119:36–37). In fact, these commands are something about which to sing (119:54). This psalm is about a profoundly spiritual, soulful response of obedience to a divine law that has been deeply internalized.

According to this psalm, one of the benefits of attending to and obeying God’s torah in all its dimensions is the acquiring of wisdom. In this context, wisdom is a practical knowledge gained by paying close attention to the world in which we live. The world operates according to certain customs, mores, habits, and social interactions. A wise person will take his or her place in this world by exercising care, being insightful and thoughtful, avoiding foolishness of all kinds, acting in accordance with the highest of standards, and generally comporting herself in winsome, compelling, and ingratiating ways. This goes hand in hand with obeying torah, since, after all, the fear of the Lord is the beginning of knowledge, whereas fools despise wisdom and instruction (Proverbs 1:7).

According to Psalm 119, the Lord’s testimonies act as a counselor; this is a wisdom concept (119:24). The psalmist asks for understanding — also an important wisdom idea — so as to be able to keep the law (119:34, 73, 125, 130, 144, 169). Hand in hand with taking God’s commandments seriously, the psalmist asks for divine instruction in good judgment and knowledge; these are pillars of living according to wisdom (119:66). God’s commandments actually make the psalmist wiser than those normally thought of as sage (119:98–100). This combination of wisdom and torah has an exemplar in the ideal Solomon, who is depicted in 1 Kings 1–11 (see especially 3:3–15).

Another crucial perspective provided by Psalm 119 is that the psalmist’s obedience is not a matter of attempting to manipulate or influence God. That is, the psalmist does not demand a life of ease and prosperity in exchange for obedience. The obedience is good in and of itself; it is truly moral. In fact, throughout the psalm the psalmist insists on obeying God in spite of various sorts of distresses (e.g., 119:143).

The will of God as expressed in God’s law is also an eternal law. The psalmist says pointedly that the Lord’s word is firmly fixed in the heavens (119:89). Equally, God’s faithfulness endures for all generations; this is as certain as God’s establishment of the created order (119:90). God’s righteousness is an eternal righteousness; this is parallel to the truth of God’s law (119:142). Likewise, God’s testimonies are righteous for ever (119:144, 152). Also, God’s righteous ordinances have no end (119:160). God’s law and the obedient response to that law are not passing dispensations. They are part of the moral structure of the universe. Our obedience is to be as eternal as God’s law is.

It is also instructive to take note of the prayers offered throughout this psalm. These prayers indicate that the psalmist has a relationship with God. That is, the psalmist is not merely following some code out of a sense of obligation or duty. God and God’s law are the focus of the psalmist. The prayers underscore this relationship.

Psalm 119 should go a long way to cure Christians of an almost visceral negative response to law. We need to keep in mind that the Apostle Paul, to whom appeal is often made for dismissing the law as legalism, says, “as to righteousness under the law [I was] blameless” (Philippians 3:6). Let us give thanks for Psalm 119.

<<Previous Lectio   Back to Psalms   Next Lectio>>