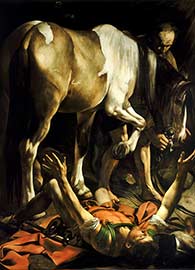 The Apostle Paul’s Epistle to the Romans is an incredible work, one whose elegance, breadth, depth, and imaginative scope are unrivaled in the New Testament. Attempting to do justice to this epistle in the limits of this series has not been easy.

Nevertheless, there are some major, “big idea” themes that are worth reviewing. Again, Romans was not meant to be comprehensive, so it does not cover all the important elements of the Christian faith. It is, however, a very intricate portrayal of Paul’s vision of the gospel as he was sharing it during the latter part of his ministry, and so it requires attentive analysis. Some of the major ideas of the epistle include the following:

1. God Has Done a New Thing

First, in Christ Jesus God has done something new. It is in continuity with what has gone before, but it is also something of a “twist.” Jews of Jesus’ day did not expect the Messiah to be a commoner who would die as a criminal before the state; they were expecting a Messiah who would vindicate them, especially given the abuse they had endured by ruling authorities throughout much of their history.

But Jesus’ life took a specific form, so that God has taken upon himself the sins of the world. Just as through Adam, suffering, sin, and death have ensued, so through this second Adam, hope, healing, salvation, and life are made available. Paul makes it a point in this epistle to say that this glorious gospel we have has cosmic ramifications for Jews, Gentiles, and the entire created order, and it does so precisely because Jesus represents a culminating moment of what God has been up to since the creation of the world and the covenant made with Abraham.

2. The Gospel Is for Everyone

Second, and moving from the last point, this salvation, this gospel is for all. As we noted early in this series, the Roman congregations were most likely mixed, constituted by both Jewish and Gentile Christians. This hybridity was not simply an issue among many for this fledgling Christian community: this mixed identity was also indicative of the ethos of Christianity in the first century. Christianity began as a Jewish movement, yet it rapidly became a Gentile movement, as most Jews rejected it and many Gentiles welcomed it.

Even Paul himself was working with a complex identity, one in which he was through and through a faithful and well-educated Jew who in turn became the most prominent apostle to the Gentile world. What Paul stresses time and time again in this epistle is that what God had been doing in and through Israel was not simply for Israel, but for the entire world. That Israel could not see this was a precipitating factor for motivating Paul and others outward to the Gentile world. All have sinned, all need the gospel, our God is the Lord of all, and salvation in turn is for all.

This radical approach to God’s work in the world leads to what can be labeled the “Jewish question.” Paul tries to walk a very fine line in acknowledging the importance of the Jewish laws and customs, as well as the narratives and experiences of God with his people.

This importance is not on the basis of who Jews are (as if they were inherently better than other nations), nor on the basis of their splendid fidelity to the covenant (the testimony of Scripture points otherwise). Rather, the importance of Jewish identity rests on the character and work of the God they serve; their value and meaning are derivative of God’s role as the primary covenant partner, the one who is always faithful, always constant, and always moving to restore and heal the covenant bond.

With God’s role being primary, then one has to assume that God’s work now in Christ Jesus — to extend God’s grace to all nations — is salutary and worth accepting. God can do what God wants, and, to use Paul’s words, since Jews have made themselves enemies of the gospel, then God has turned to the Gentiles. That does not mean that Israel has been disposed of or forgotten; quite the contrary, now, as always, God will call Israel back. God will be faithful to God’s promises, and, for this reason, Israel will continue to be part of God’s plans for the redemption and healing of all that there is.

3. God Will Put the World to Rights

Third, the extent of suffering, sin, and death is great, but what God has done in Christ is greater. There is no room for tragedy here; God will put the world to rights. What is gradually becoming clearer is that Christian existence is a new way of life made possible by Christ and his Spirit.

Our lives before Christ were marked by a struggle framed primarily in terms of despair, hopelessness, and death. Having been transformed by Christ, we now struggle in a different way; we are still susceptible to sin, suffering, and death, but we can push through with the assurance that we are one with Christ, who is the source of our healing, freedom, and life. We have been baptized into his death, and we will be raised in the power of his resurrection. We are living sacrifices whose minds and hearts have been renewed and transformed.

That is not to say that living the Christian life is easy, but now Christ gives us reason to hope that suffering, sin, and death are not the final arbiters of meaning for our lives and for the existence of the world more generally.

4. Salvation Is God’s Alone to Give

Fourth, this way of life in Christ can be talked about in a number of ways, including justification by faith and sanctification. In both cases, the work of God is first and foremost; salvation is God’s and God’s alone to give. There is no way to earn our salvation, and God does not owe us any favors, no matter who our forefathers and foremothers are.

The different metaphors used to describe salvation are important in that each adds a different dimension to the mystery that is God’s self-giving mercy and love toward His creation. Justification is largely a forensic term (a term pertaining to courts of law) that refers to being declared righteous before a judge and tribunal; as Paul uses this term, it can have this forensic connotation as well as ones related to the issue of covenant-standing and the like.

After all, what God did to and for Abraham and his seed is beyond the strictures of legal imagery; more is at play. One way of accessing this mystery is to change the language, and Paul does so with the introduction of cognates related to the term sanctification, or being made holy. To be holy means both to be set apart from that which is profane and to be directed to the source and end of truth, beauty, and goodness — that is, God.

Since justification and sanctification are terms related to the salvation we enjoy in Christ, a reconciliation of our lives is envisioned in which not only our status but also the core of our very selves changes. In the case of justification, Paul envisions this taking place through faith, which we discussed was not so much a work proper but a response made possible by God.

God does not save us without us, so we are directed to a number of covenant obligations that have as their echo the covenant obligations in the Old Testament. We actively are to present ourselves holy before God and to live into the calling that God has directed to us. Holiness is first something God makes possible, but then it is also something we have to live into.

5. Our Lives Must Reflect Our Transformation

Paul is very clear that how we live matters: to God, to ourselves, to our brothers and sisters in Christ, and to an onlooking world. All too often Christians bring disrepute to Christianity and its God because they fail on their own terms. Although we don’t cease to be humans once we become Christians, we ought to cease being compelled by the world’s ways when we are marked by the truthfulness of the gospel. We ought to cease doing things according to the world’s standards because of expediency or intuition. Paul spends much space in the epistle discussing how Christians are to look out for one another, putting the other’s faith first as well as being respectful and orderly to the authorities around us.

Finally, we catch glimpses of the apostle’s more personal side in this epistle. At various places throughout Romans, we see Paul’s pastoral heart. He loved the people of God; he truly had undergone an eye-opening, 180-degree experience on the Damascus Road. Prior to that experience, he had despised those who professed belief in Messiah Jesus. But after the Damascus Road experience, he too had become compelled to profess his belief in Messiah Jesus, and ended up spending his remaining years defending the cause of Christ. Paul knew that the task before him and the church was not easy but that the mantle of Christ made all the difference.

May we grow to see the gospel as Paul did, as that which is the only source of complete and utter healing for the world’s broken state. Paul was so compelled by who Jesus was and what Jesus had done that he went to great lengths to fulfill the call that had been placed upon his life.

We too are called of God, and so are invited to get to know this God and subsequently become overwhelmingly compelled by this God. As my colleague Rob Wall would say, for Paul this gospel is “life-and-death stuff.” Yes, it is. This gospel is the only hope we have, because it points to a Being who is both sufficiently beyond and yet intimately related to the predicament in which we find ourselves. May we all find the gospel compelling, life-giving, and worth sharing.

May our vision of the gospel inspire us to live it out passionately and with conviction. May we learn not only from the Apostle Paul’s words but from his entire witness and life.

<<Previos Lectio   Back to Romans