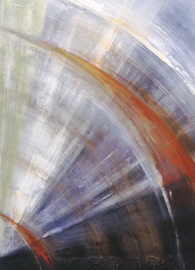 Though our passage does not begin with the familiar “Now concerning,” Paul is very concerned about Corinthian beliefs on the resurrection. Resurrection belief is at the heart of this week’s guided reading. Reports evidently reached Paul that some Corinthians claimed there was no resurrection of the dead (15:12).

In countering this claim, Paul shows that resurrection of the dead is central to the proclamation of the Gospel (15:1–11), essential to our hope in the afterlife (15:12–28), and necessary to make certain practices coherent (15:29–34). In defending his position, Paul must answer two questions about resurrection that caused some to doubt the idea of a resurrected body:

Why did some Corinthians deny the resurrection? Three possible explanations can be considered.

Whatever reasons the Corinthian had for denying the resurrection, Paul considers their denial tantamount to abandoning the faith. Beliefs have consequences, and Paul emphasizes the disastrous consequences of denying the resurrection. It undermines the core message of the gospel, it leaves people enslaved to sin and without hope, and it renders meaningless any sacrifices made in this life.

Resurrection: the core of the gospel. Paul opens this passage by reminding the Corinthians of the good news he proclaimed (15:1). Like the baton in a relay race, the message was something Paul had received and handed on to the Corinthians (15:3). Faithfully holding on (present tense) to what they received (past tense) is the only way the Corinthians can prevent the “baton” from being dropped (future tense). The “baton” contains four important claims:

Through these four interconnected truths, Paul provides a glimpse of an early Christian creed. Paul introduces the creed by noting that the claims are “of first importance” and that he was handing on claims he “in turn had received” (15:3).

If Jesus was raised from the dead, then a host of positive consequences can be expected:

It also renders the risks and sacrifices Paul has made for the gospel meaningless. Paul concludes this section by arguing that without resurrection belief, we might as well “eat, drink, and be merry.” Such an approach would make Christians no different from pagans. As a result, pagans would have no knowledge of God. It would be a real shame if that happened. (15:34)

Now a “resurrected body” raises interesting questions for the Corinthians. You may have also thought about these. What age will my resurrected body be — 20, 40, 60 years old? Will I be the same height? Will I still have freckles?

Gospel stories of Jesus’ post-resurrection appearances suggest both continuity and discontinuity between our current bodily existence and resurrection existence. Jesus was recognizable (Matthew 28:9), ate and drank (John 21:13), traveled by walking (Luke 24:15), and bore physical marks of his earthly life (John 20:24–29). Yet, in his post-resurrection body, Jesus also had a habit of just showing up in places, seemingly out of nowhere (Matthew 28:9, John 20:19).

Corinthians who denied the resurrection of the body used two questions to bolster their doubts (1 Corinthians 15:35). Paul’s harsh response (15:36 begins with “Fool!”) suggests the questions were asked disdainfully and disingenuously. Imagine their saying, “Resurrected bodies — surely you can’t be serious. How will it work for the dead to be raised? All that’s left are their bones. And what on earth would a resurrected person look like?”

While the full-grown plant’s potential is present in the seed, a clear transformation takes place. Paul notes that God determines the form of the full-grown, resurrected body. Second, Paul contrasts the glory of earthly bodies with that of heavenly bodies. In Paul’s day, people believed heavenly bodies (sun, moon, stars) were living things that were more glorious than earthly things (15:40–41). Likewise, our heavenly, resurrected bodies will be more glorious than our current bodies.

Paul uses these analogies to emphasize that our resurrected bodies will be a vast improvement over our existing bodies. The contrasts are many:

In the twinkling of an eye (15:50–57). Paul concludes by addressing the question, “How are the dead raised?” In his answer Paul also explains what happens to those still living on the day Christ comes. The dead will be raised and the living will be changed (15:52). Paul believes this will happen in an instant, at the sound of the last trumpet.

Whether we are among the resurrected dead or the changed living, we will all have new bodies that are imperishable and immortal. This state represents the full restoration of creation and the victory of God over death, the great enemy of life. This represents the fulfillment of Isaiah’s vision of a future day when God will “swallow up death forever” and “wipe away the tears from all faces” (Isaiah 25:7–8).

We quite naturally wonder, “Will death be the end of me?” Resurrection faith answers, “No! Death does not have the final word.” In his 2005 commencement address at Stanford University, Steve Jobs expressed an increasingly common view that death is “natural”:

And yet death is the destination we all share. No one has ever escaped it. And that is as it should be, because death is very likely the single best invention of life. It is life’s change agent. It clears out the old to make way for the new.

In contrast, Paul sees death as an enemy and a mark of creation’s insubordination to God (1 Corinthians 15:26–27). The resurrection of Christ gives hope that God’s victory over death will be the final word. Such hope provides strength for believers to be “steadfast, immovable, always excelling in the work of the Lord” (15:58).

Two examples stand out. In 6:13, Paul must address the Corinthians’ claim that “Food is meant for the stomach and the stomach for food, and God will destroy both one and the other.” Evidently, Corinthians believed that the body was for this life, not for the afterlife. In 7:1–5, the practice of sexual abstinence within a marriage relationship may also suggest a disdain for bodily existence in the context of a “higher” spiritual life.

Paul’s mention of this practice quite naturally piques our interest. Unfortunately, we have virtually no knowledge about the practice other than this text. Paul’s point is not to promote or discredit the practice. He simply argues that the practice makes no sense outside of belief in resurrection.