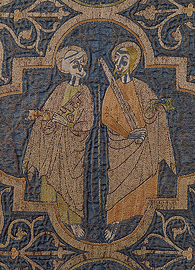 In this week’s Lectio passage, Paul completes his lengthy opening response to the problem of factions within the Corinthian church. Recall that Paul is responding to a report that Corinthian believers were aligning themselves with different leaders of the church, playing the game of “my leader is better than your leader.” Paul’s message has been simple: Divisions based on a prideful desire for status and power are signs of foolishness, not signs of cross-centered, godly wisdom.

In this week’s passage, Paul shows the Corinthians a wise way to see leadership roles in the church (3:5–23), applies this perspective to his ministry (4:1–13), and then makes a fatherly plea for the Corinthians to change their ways (4:14–21). Let’s examine each of these three sections.

Our previous Lectio (1:10–2:5) used a medical model to explain the key problem in Corinth. According to reports from Chloe’s people, the church was sickened by factions and divisions associated with various leaders in the church (1:12). Paul diagnosed the root cause as a prideful desire for status and power. His prescription called for the church to focus on cross-centered wisdom.

In the opening section of this week’s passage, Paul explains how cross-centered wisdom understands leadership roles within the church. The idea is fairly straightforward. The work of different ministers should be seen as complementary, not competing. If this seems basic, remember that Paul has just told the Corinthians they still are “not ready for solid food” (3:2). It is basic!

Paul uses two analogies to make his point. First, he likens the growth of the church to growing a crop. Leaders have complementary roles in the process. Some leaders may plant the crop and others may water (3:6–7), but these different actions all aim at one goal: producing a good crop. Each leader’s part is significant only in relation to the “whole,” and God is ultimately responsible for the whole — a healthy, growing church. The part each leader performs is assigned by God (3:5), and no single part is more important than any other part (3:7). In a society that is quick to classify and stratify people’s work based on perceived importance, these basic principles are helpful reminders for our lives.

Paul develops his second analogy — constructing a building — in greater detail. Through this analogy, Paul emphasizes the responsibility of the builder. Two critical tasks are incumbent upon the builder:

Paul uses very strong images in 3:10–17 to emphasize the builder’s responsibility: fire, judgment, “the Day,” saved, reward/loss. Remember that Paul is not addressing the fate of individuals in this section, but the fate of the church. While church leaders have serious responsibilities, the judgment Paul speaks to in this passage focuses on their work, not their personal fate.

Paul concludes by connecting the analogy to a specific building — a temple. In doing so, Paul introduces a key idea in his ecclesiology: his understanding of the church. In retrospect it represents a pretty radical shift in perspective. Paul believes God’s presence is not found in a particular physical location, but with a people [see Author’s Note 1].

This idea may not sound radical to people schooled in the Christian faith. We have been taught that “church” is not a building, but the body of believers. Even so, it remains tempting to equate “church” with “building,” especially in America, where being a “real” church usually implies owning a building or at least being on the way to owning a building.

Paul concludes this section by returning to the main point his analogies aimed to make. He once again contrasts the world’s foolish wisdom with God’s true wisdom. God’s wisdom of the cross reverses the world’s wisdom based on status and power. Christians should not boastfully lift up one leader over another (3:21). To do this is ultimately futile and foolish.

Paul now applies this principle of complementary ministry to his own ministry in Corinth. In moving toward a more personal response, the temperature rises in his rhetoric. We can feel the heat as he defends his own ministry and attacks those who thought they were “something special.”

Paul’s defense of his ministry relies on two key points. First, as a servant and steward (4:1), Paul’s primary responsibility is to his master, not to the people with whom he works. In a culture where the customer and customer service have preeminence, Paul’s claim may sound odd. But in Paul’s context, no one would have questioned his claim. For this reason Paul can basically ignore the criticism he has evidently been subjected to from the Corinthian troublemakers (4:3). Second, any judgments made about Paul’s work are premature and misguided, since the true merits of one’s work, including the motives one brings to ministry, will be brought to light only when the Lord returns (4:5).

Does Paul’s line of defense apply to ministers today? I once served a church where the Mission Committee ended funding for a missionary because it believed the person was not achieving expected results. Perhaps this missionary could have paraphrased Paul and told the committee, “You have no right to judge my ministry. I am doing God’s work here; I don’t work for you!” Caution should be exercised in assuming that the specifics of Paul’s defense strategy translate into a general principle of accountability (or non-accountability!) for a Christian leader’s work. It would be wrong to infer that ministers can never be held accountable because they “work for God” or because “only time will tell.” Proper systems of accountability and authority are appropriate for church leaders.

In the next section (4:6–13), Paul goes back on attack. The Corinthian troublemakers should know that pride in human achievement runs counter to God’s commands in Scripture (4:6) [see Author’s Note 2]. It makes no sense to boast about something received as a gift (4:7). Finally, in a moment of sarcastic exasperation, Paul takes the relative comparison being made by the Corinthian troublemakers (“we are better than Paul”) and turns it into an absolute contrast. The troublemakers are “kings” (4:8), and Paul and his followers are the “dregs of society” (4:13). It is shock treatment aimed at knocking some sense into the Corinthians.

Paul pulls back from attack mode to close the passage with a fatherly plea. He reminds them that his ministry gave birth to the Corinthian church. They are therefore his children, and he is their father. Paul appeals to them to follow his ways and the ways of his emissary, Timothy. The section closes with a fatherly admonition for the Corinthians to set matters right, before Paul visits again, so that Paul’s next visit will be a positive one (4:21).

The Destructive Power of Pride

Pride has been a consistent theme for Paul in this passage. He accuses the Corinthian troublemakers of boasting (3:21), being puffed up (4:6), and being arrogant (4:18). Pride’s destructive effects were threatening the Corinthian church and undermining Paul’s ministry. Pride has the same potential impact on churches today, especially given our culture’s emphasis on pride as a positive virtue. We often hear “take pride in your work” or “you can be proud of your accomplishments.” How can we keep these legitimate concerns for quality work from drifting into destructive pride? These perspectives from Paul’s wise advice in this passage can protect us:

In English, the word you can refer to one person or a group of people. Greek differentiates between singular and plural. In this versePaul uses the plural. When we read “God’s Spirit dwells in you” we should remind ourselves that, on this occasion, the temple of God is not the individual person, but the corporate people of God — namely, the church.

The saying “Nothing beyond what is written” (4:6) is not from Scripture, but it is about Scripture. “What is written” is Paul’s synonym for Scripture. The saying emphasizes that Scripture forms a fence around our lives. Behavior that takes us outside the fence violates God’s intentions for us.