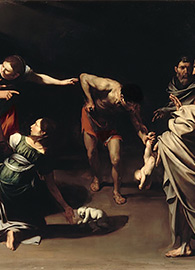 In the past three weeks we’ve examined the prudential motive that drives the search for wisdom, the optimistic attitude that undergirds that search, and the empirical method by means of which it proceeds. And we’ve seen that these three features of early Hebrew Wisdom Literature were functions of the theological conviction that God’s universe operates in accordance with God’s law, and that God not only expects us to learn and heed his law, but graciously assists us, via the “wooing” of Lady Wisdom, and justly rewards us for doing so, by governing human events in such a way that our best efforts are usually crowned with success.

Today we shall explore a fourth feature of early Hebrew Wisdom Literature, namely its internationalist perspective, and observe the connections of this feature to the other three.

What Do We Mean by “Internationalism”?

In saying that the Hebrew sages had an internationalist perspective, we mean that they were respectful toward, and quite eager to learn from, their counterparts in neighboring nations, such as Egypt, Arabia, Canaan, and Mesopotamia. As we shall see, their intellectual openness was perfectly consistent with their theological convictions, but it is easy to misinterpret or over-interpret that openness, and we must be careful here.

The sages believed that there was but one God — namely, Yahweh, the God of Israel. On this point they were as inflexible as other Hebrew religious authorities. But, whereas the priests and prophets tended to infer from their “Yahwism” [Author’s Note 1] that any religious influence upon Israel would be morally and spiritually corrupting, the early sages drew a rather different conclusion.

The early sages reasoned that precisely because there was but one God, whose wisdom lay at the very heart of creation, anyone who carefully observed human affairs, and abided by the moral laws that everywhere governed human affairs and were everywhere illustrated by them, could attain at least a portion of divine Wisdom. They might not know God by his true name. They might, indeed, believe in a multiplicity of deities. They certainly did not enjoy the special benefits or bear the special responsibilities of the Mosaic covenant. The religious deficiencies of paganism are certainly grave, and the religious superiority of Israel was taken for granted [Author’s Note 2].

But precisely because the moral order established by the one God operates everywhere, the laws by which it operates can be observed by anyone, regardless of nationality — and in the ancient world, religious beliefs and practices were part and parcel of a nation’s identity, and unquestioningly imparted to its citizens — although, admittedly, only Yahwism offered a correct understanding of the true source and deepest meaning of that moral order.

What We Don’t Mean by “Internationalism”

In calling the early sages of Israel “internationalists,” however, we don’t mean they were syncretists, religious universalists, or advocates of world government. Syncretism is the blending of religious beliefs and practices — and often logically incompatible ones — from various sources. The sages of Israel may have adapted proverbs about the wise conduct of daily life from the Egyptians (see below), but that doesn’t mean they adopted Egyptian polytheism, or the various myths and rituals that reflected it.

Universalism is the notion that all religions are equally true — and therefore equally false — such that it is pointless, if not morally wrong, for the representatives of one religion to proselytize the devotees of another. Why try to convert people if, by doing so, you not only cause them to lose a crucial element of their personal and national identity, but introduce them to a worldview that is in no way superior to the one they started with? And the only thing in the ancient world that even remotely resembled the modern idea of world government was the idea of world conquest — something that was out of the question for the tiny nation-state of Israel, whose very autonomy was constantly jeopardized by the superpowers of the time [Author’s Note 3].

No, what is meant here is simply that the early sages of Israel were aware of, interested in, and guardedly favorable toward the wisdom traditions of neighboring nations, precisely because their own convictions about the way in which the universal moral order of God operated prevented them from supposing that they had a monopoly on human wisdom, even if they did enjoy membership in the community with which God had established a special — and exclusive — covenant.

That the Israelites were well aware of the wisdom traditions of their neighbors and quite willing to incorporate quotations from their neighbors’ writings into their own scriptures, can be seen in a number of places in the Old Testament. For example, Proverbs 30:1–9 are ascribed to “Agur, son of Jekeh of Massa” (30:1a); and 31:1–9 is said to be “the words of Lemuel, king of Massa, which his mother taught him” (31:1) [Author’s Note 4].

Massa was reputedly the ancestor of an Ishmaelite tribe from northwestern Arabia, who called themselves by his name (Genesis 25:14; 1 Chronicles 1:30). Independent confirmation of this tribe’s existence is given in Assyrian court records from the eighth century B.C. and in the Geography of Ptolemy, a second-century A.D. scholar from Alexandria, Egypt [Author’s Note 5].

The five disputants in the Book of Job are all non-Jews. Job came from “the land of Uz” (Job 1:1) (probably Edom), and his four comforters from various Arabian towns, tribes, or territories: Eliphaz from Teman, Bildad from Shuah, Zophar from Naamah, and Elihu from Buz (2:11; 6:19; 32:2). One might argue that God’s rebuke of the comforters for failing to “speak of me what is right” reflects an Israelite repudiation of the wisdom of its neighbors. But this argument scarcely holds water, for Job was no less a “foreigner” than his friends, despite their “moral optimism” (which is very much in sync with that of the early Hebrew sages (see Week 3), whereas Job, who had so fiercely challenged God’s justice (as we shall see on Week 6), is praised by God for having “spoken rightly” of him (42:7).

Other passages in the Old Testament highlight the connections among sages from various nations. In 1 Kings 4:30, for example, we learn that the wisdom of Solomon, Israel’s sage-king, “surpassed the wisdom of all the sons of the East and all the wisdom of Egypt.” There is, of course, a pronouncedly nationalistic slant to this passage, but even if Solomon was wiser than the wisest sages of other nations, there is clear evidence here that animated exchanges were taking place among the intellectuals of the various nations in the region. 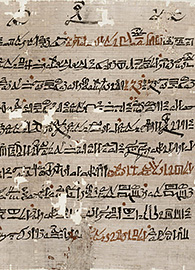 The most striking illustration of the way Israel’s sages made use of the work of their colleagues from other lands is found in Proverbs 22:17–24:22. Admittedly, this passage, which carries the rather vague superscription, “The words of the wise” (22:17a), does not explicitly indicate that it was borrowed from an earlier, and foreign, source. But Bible scholars have long recognized that it adopts and adapts many of the sayings from an earlier Egyptian text known as The Instruction of Amen-em-Opet. The close relationship between the two documents is easily seen by placing some of the relevant lines from The Instruction side by side with those lines in the Proverbs passages that are apparently based on them.

Many more examples could be given, but these are enough to indicate the willingness of the early sages of Israel to borrow freely from the insights and experience of their colleagues in neighboring nations, and to imitate the pithy style in which “pagan” wisdom was expressed. Certainly the Israelite sages revised what they borrowed in accordance with their own Yahwistic religious convictions, as the repeated references to “the Lord” bear witness. But the fact remains that they were freely using the literature of their contemporaries for their own purposes.

Conversely, the early sages made scant use of the usual religious “identity markers” of the religion of Israel. In previous weeks we’ve noticed that the Mosaic Law is obliquely referenced in the Book of Proverbs, and certainly the monarchy — or at least King Solomon — features prominently. But little if anything is said about the Patriarchs, the Exodus, the Promised Land, or the Jerusalem Temple. In short, Israel’s distinctiveness vis-à-vis its neighbors, though not denied, is not emphasized.

A Thought to Ponder

What conclusion should we draw from this? Perhaps that the Book of Proverbs serves as a means of rescuing the readers of the Law and the Prophets not only from legalism (see Appendix to Week 4), but also from chauvinism — that is, from the tendency to fixate on national identity and to forget the moral goodness and human decency of neighboring peoples.

For a brief definition of Yahwism, see Week 3, Author’s Note 4.

As we shall see in Week 9, the later sages of Israel felt it necessary to accentuate both the religious deficiencies of paganism and the religious superiority of Israel to a far greater degree than their predecessors.

There are a few passages in the Hebrew Scripture (most notably Isaiah 60–62) that reflect the belief that the nations of the world will eventually come to see the glory of Yahweh resting upon Jerusalem and on God’s people. But this is an expression of the prophets’ belief in the sovereignty of Israel’s God, not of any fantasy about Israelite political supremacy, much less of any notion that a single, common political authority could ever be established for all humanity.

One must be careful here, however. The word massa can be taken either as the name of the eponymous ancestor of a northwestern Arabian tribe or simply as the Hebrew term for “oracle.” The RSV, NEB, and JB all prefer the former reading, while noting the ambiguity. The NRSV prefers the latter.

<<Previous Lectio   Back to Wisdom Literature   Next Lectio>>