Advice to the Church: Romans 12 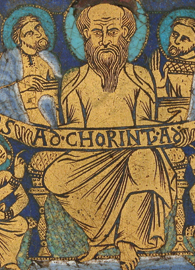 After the interlude of Romans 9–11, Paul picks up where he left off in Chapter 8, speaking of the various implications of this new way of life in Christ Jesus and his Spirit. As we have mentioned time and time again in this series, there is an active involvement on the part of believers. Paul opens in Chapter 12 exhorting us to present our bodies as a living sacrifice, “holy and acceptable to God, which is [our] spiritual worship” (12:1).

The notion of a “living sacrifice” is vintage Paul: on the surface we have an apparent contradiction, but it actually serves to promote a deep truth. In typical sacrificial practices, offerings were brought to God that were either inanimate or about to be slaughtered: either grains and other non-living objects, or animals — which had to be killed in order to be sacrificed. In both cases, the sacrifices were offerings that could be gathered and presented.

Sacrifices were important for the life of Israel, but at times we notice God’s displeasure with them, most apparently when the sacrifices were externalized and used as a way to avoid internal change or conformity to God’s will. Obedience and not sacrifice is what God ultimately values. That is not to say that sacrifices are not important, but they are important only insofar as they indicate a reality in conformity to God’s will on behalf of the one sacrificing.

And so the greatest sacrifice we can offer to God is ourselves. But unlike traditional sacrifices, we continue to live and move about, so there is a constant possibility of abandoning our purpose and call. As “living sacrifices,” as those who have been baptized into Christ’s death, we are called to enact cruciform lives — that is, active lives that willingly submit to God in an ongoing, sustained fashion. Ultimately, this is what God wanted from His people all along. Some got it; most didn’t.

Worship: The Point of It All

In becoming living sacrifices, we fulfill our whole reason for existing: to worship God. If it sounds ridiculous to say that our whole point in living is to worship God, it is because we have a faulty understanding of worship. Worship is not simply what happens 20 or so minutes prior to the sermon on Sunday. Worship is not just singing praise songs. Rather, worship is a way of being, a way of life that marks all aspects of our existence because it offers our lives in an ongoing way to a God who is apprehended by faith.

And if our entire lives take place before God, then everything can be offered as a living sacrifice: how we talk, eat, order our lives, relate to God and others, spend our time — basically everything we think, feel, and do. In order to engage in such a life faithfully, we are all in need of “stepping away” and “moving toward.”

As for the first part, as Christians we are called to step away from the world. To a certain degree, we can prevent ourselves from being conformed to this world. So much of what we do in life is on the basis of the kinds of decisions we make. Well, what if we started making decisions as if God were right in front of us? Would that change anything? Would we make different choices after all? I suspect all of us would, and those changes are not ones that God will simply take care of for us.

No, those are matters we have to attend to; we need to step away. But in stepping away, we are not simply resorting to living in a “placeless place.” There is no such thing. If we are actively seeking to dislocate ourselves from one place, it is because we are at the same time actively locating ourselves elsewhere. 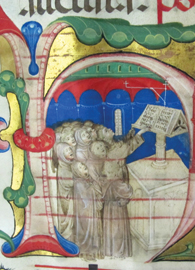 EnlargeThe Renewing of Our Minds

And this “elsewhere” can be the presence of God, the God whose Spirit can transform us by the renewing of our minds.

It’s interesting that Paul links transformation with the renewing of our minds. It is almost as if, in being made into new creatures (transformed), we can apprehend reality differently through a renewed mind. By thinking differently, we will see differently.

This altered vision is crucial, so that we can discern the will of God. Without a basic, fundamental change, we will continue to think lies to be truth and truth lies; we will distrust God and God’s will for our lives because we will incorrectly see God as a threat rather than a source of life. The joint movement of “stepping away” and “moving toward” signifies that, rather than remaining enemies, we can grow evermore to be friends of God.

If we are friends of God who are growing in conformity to God, inevitably we as children of God will grow closer to one another. In this sense, we are a single body, bound by our love of and for God; we are the body of Christ. Paul proceeds to extend the metaphor of the body by stating that just as a human body has many members, so does a church body have many members, each with different gifts. The diversity of gifts suggests at least the following:

Paul continues from 12:9 to the end of the chapter to offer paraenesis. Paraenesis is simply exhortation, good advice, and helpful practices. These exhortations are to be regulatory not only within the church but also as the church reaches out. They are helpful observances even today, for they are timeless attitudes and activities that should mark God’s people.

Paul’s paraenesis is helpful for a number of reasons here:

Paul emphasizes repeatedly in this paraenetic discourse the Christian responsibility before evil and one’s enemies: “Do not repay anyone evil for evil, but take thought for what is noble in the sight of all” (12:17). Paul continues by advising to live peaceably with others (12:18) and not to avenge oneself but to leave vengeance to God (12:19). Rather, Christians are to care for their enemies — in short, overcome evil not with evil but with good (12:21).

Again, these remarks would suit Jesus well, but they are also timely for the life of the Roman church in the mid-50s. As noted, Jews had a history of being persecuted in Rome, and, as their numbers grew, Gentile Christians would also be perceived as threats to the state because of their refusal to engage in what they considered idolatrous activities with respect to the state and the emperor. Vengeance was a real option for these Christians, and, looking back at the matter, one can see the rationale for the temptation.

But Paul knew a truth that many have since recognized: When evil is offered as a response to evil, a cyclical, potentially never-ending pattern begins. We see such instances with ethnic conflicts throughout the world: the sundry parties and factions often cannot claim the moral high ground, because they are all guilty of perpetrating horrendous evils in the face of “seeking justice” or “righting a wrong.” With such a posture, the stakes rise and conflicts often escalate with opposing sides trying to outdo one another. Paying evil for evil never works as a strategy for peace.

And it can never work for showing the world what the gospel really entails. One of the best ways of sharing the gospel is not through eloquence of speech or command of biblical verses or ideas but through the integral life lived coherently, truthfully, and beautifully.

I often tell my students that our lives on display for the world to see is a statement about the gospel. It may be a good statement, and it may be a bad one, not because the gospel is bad but because we fail to live into it in such a way that its power comes through. In one sense this is a lot of pressure for us as Christians, but in another sense we ought to be living into the fullness of the gospel day by day, whether or not the stakes seem high.

At a very basic level, when one becomes a living sacrifice, when one’s mind is constantly being renewed, when one is discerning and living into the will of God, options open up and others close. Gradually, vices, sins, and other lamentable behaviors and motivations start to become less compelling, less enthralling, less a part of who we are. We can know that something remarkable has happened when others stand in awe of our lives, and our response is simply, “We’re Christians; this is what we do.”

“From whom are we to hide the visibility of our discipleship? Certainly not from other men, for we are told to let them see our light. No. We are to hide it from ourselves. Our task is simply to keep on following, looking only to our Leader who goes on before, taking no notice of ourselves or of what we are doing. We must be unaware of our own righteousness, and see it only in so far as we look unto Jesus; then it will seem not extraordinary, but quite ordinary and natural. Thus we hide the visible from ourselves in obedience to the word of Jesus. If the ‘extraordinary’ were important for its own sake, we should, like fanatics, be relying on our own fleshly strength and power, whereas the disciple of Jesus acts simply in obedience to his Lord. That is, he regards the ‘extraordinary’ as the natural fruit of obedience. According to the word of Jesus it cannot be otherwise: the Christian is a light unto the world, not because of any quality of his own, but only because he follows Christ and looks solely to him. But precisely because the Christian life is of its very nature extraordinary, it is at the same time ordinary, natural, and hidden” (Dietrich Bonhoeffer, Cost of Discipleship, trans. R. H. Fuller & Irmgard Booth, 2nd ed. (New York, NY: The Macmillan Company, 1959), 142).